There is no doubt in my mind that the word ‘conspiracy’ has been hijacked. We can’t even think of it without adding ‘theory’ and pointing derisively at what we believe to be whacky ideas and the whacky folk who ascribe to them. Say ‘conspiracy theory’ and you immediately make an argument illegitimate. The door is sealed. There’s no way we’re going there. 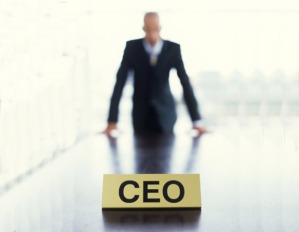 The word ‘conspire’ means “to collude; to act in unison or agreement and in secret towards a harmful, deceitful or illegal purpose.” WordNet. In essence, conspiring veers in the direction of criminality. It goes hand in glove with corruption. And it is a method or praxis that has been employed by the power elite since the words ‘power’ and ‘elite’ existed. Game of Thrones is premised on it. Monarchies thrive on it. And today, the new corporate elite have established for themselves a raft of institutions premised on it. Conspiring is simply ‘business, as usual.’

There’s nothing fresh in what I’ve just said. But I’ve just finished reading ‘Suiting Themselves: How Corportions Drive the Global Agenda’ by Professor Sharon Beder and I’m reminded yet again of how effectively the power elite are getting away with what they are doing, and how the maligning of ‘conspiracy theory’ has effectively closed off much of the debate that would enable most of us to see and oppose it. Instead, we watch on as the Anonymous crowd with their V masks protest against the ‘new world order’ and we sneer.

Written in 2006, and therefore before the GFC, Beder details meticulously the motives, the aims and the manner whereby a dense web of corporate networks have emerged over the last fifty years. How a small cluster of corporations (including pharmaceutical companies, oil companies, banks) have fashioned for themselves foundations, think tanks, research institutes (within universities), government advisory groups and policy groups, all with the aim of influencing or controlling the national government agenda. America, Australia, New Zealand, Britain, all transformed themselves in the 1980s and laid themselves bare to the wanton corporate possession of the nation state,  otherwise known as ‘free market economics’.

The same sorts of organisational bodies exist at the global level with the aim of setting the global agenda, from the World Trade Organisation, the International Monetary Fund and World Bank, along with the Council on Foreign Relations, Bilderberg Group, and so on.

The corporate and government realms are so intertwined that former politicians move quickly to positions of boards of directors, only to re-enter politics at a later date. Sophie Mirabella’s appointment to Gina Reinhardt’s Hancock Prospecting is just one of numerous examples.

Even this brief synopsis of the state of play reveals collusion, and acting in unison or agreement and in secret. We know that these organisations exist. On some level there is transparency. And we know the consequences of much of their agenda as it plays out in our lives. What is a little harder to prove is whether all these various corporate organisations are behaving in ways that are harmful, deceitful or illegal.

Yet time and again corporations act to suit themselves. They make decisions to increase their profits. In so doing, they place limits on the rights of the rest of us, and the planet. Anyone in any doubt can read Sharon Beder, Sheldon S Wolin, Antony Loewenstein, Arundhati Roy, or any number of writers who depict the actions of such corporations.

The way to hijack back the word ‘conspiracy’ is to use it differently. What I am alluding to does not come under the term ‘theory.’ It is not supposition. What I have described here simply is, and it’s a process. A process with key players and various individual motives. There might be plots and plans and all manner of hidden agendas – who knows? But that is not my point. The power elite conspire. So we need to be brave enough to hijack back the word and say they are ‘conspiring.’ Let the word be a verb and point to the activity. It is a powerful word that points to things going on behind our backs, things that are most definitely not in our best interests.