The Moon must be feeling ecstatic, a bit like a film star having been awarded an Oscar. Perhaps now a little deflated knowing the glory was momentary and soon the wonder will fade and the moon will have to go back to its regular cycle of waxing and waning.

Is the lunar hype warranted? Is the Moon really super and blue and blood all at once and how can this be? ‘Super’ kinda just means big because the moon is close to the earth. ‘Blue’ can mean there are two full moons in the one calendar month, or that there are four instead of three full moons in a season, or that there are two full moons occurring in the one zodiacal sign. The media latches on to the calendar blood moon, whereas astrologers tend to go nuts over the zodiacal variety. A blood moon occurs when there is a total eclipse and the sunlight is refracted through the earth’s atmosphere. What are the chances of all those three occurring at once? The analysis abounds.

But what does it all mean? Other than revealing how obsessed we are with slotting occurrences into categories and reading tons of significance into them?

Everyone gets excited when the moon does something special, as though deep in our ancestral brain lurks an echo of the days of the ancient goddesses. I guess thanks to the hype most of us know that for the ancient soothsayers of Mesopotamia, an eclipse augured the death of a king or even the end of times. It was a reasonable belief. In the millennia before there was any astronomical explanation for an eclipse, let alone a blood moon, seeing the moon glow blood red would have been awe-inspiring if not down right terrifying.

But in the final analysis the super blue blood moon doesn’t mean much. It only means what we want it to mean. In astrology, the moon’s motion is said to trigger events if it touches a sensitive part of a horoscope and sets off some significant configuration. That’s about it.

For me, the super blue blood moon presents a cheeky newsjacking opportunity.

I couldn’t resist a newsjack! After all, the moon won’t mind. So I grabbed an image of her slipping into blood-rich darkness and popped her into this:- 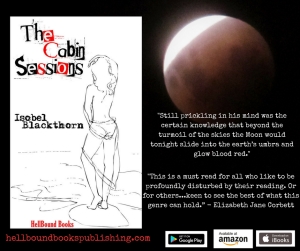