This piece first appeared in the Visionary Fiction Alliance, Sept 2, 2016

It was my daughter who turned me onto ‘flow.’ I could attribute the insight to my old hippy boyfriend back in the 1980s, for he was always telling me to ‘go with the flow’ and travel along with life unfolding. But what he really meant, as I soon learned, was I had to go with his flow. My daughter alerted me to another sort of flow altogether.

Elizabeth was pointing to creative flow. Although she didn’t call it ‘flow’ at first. That came later when she was introduced to psychologist Mihaly Csikszentmihalyi’s book called Flow. Elizabeth is a pianist and composer and she knows about flow because she’s shaped her life around it. As a teacher she sees how others struggle with it. There are students who find it hard to reach a point of being at one with the music they are playing. Or students who struggle to sustain it.

In essence, flow is a meditative state, an awareness turned inwards: open, receptive, poised. In flow, there is no doubt, no hesitancy, and no critical judge. The ego, with all of its foibles and insecurities, is held at bay. Flow is staying in the Now. For writers, it can be as though another entity has charge of the pen. As if you are channeling, in some sort of telepathic rapport with a paranormal being deep inside – namely the muse.

This is precisely how I view breakaway Theosophist Alice A Bailey’s body of work. She claims to have been in telepathic rapport with an ascended Master of the Wisdom. It seems inappropriate to refute that, but neither can my inner scholar prove it, so I have set it to one side. Instead, viewing esoteric teachings as having flowed from the deep recesses of an esoteric teacher seems both respectful and open. It is a view that averts the trappings of dogma. For me, esotericism is a way of knowing, not a form of knowledge. Wisdom is gained through the processes of esoteric practice, not through adhering to a system of thought as an absolute.

Like ‘flow,’ an esoteric way of knowing looks inward. The metaphysics that underpin and give color to esotericism (in essence ‘the one, becomes three, becomes many’) concerns energies and forces, their dynamics and patterns, and their manifestations in consciousness and in the physical world. It is through the technique of correspondence, or making connections between this and that—everything from ‘as above so below,’ to Aries corresponding to the Ram—that esoteric meaning is generated. Meaning can be treated as literal knowledge, but it doesn’t have to be. Instead, it can be noticed through resonance, engaged with, and set free.

Western Esotericism provides the tools and methods to expand human consciousness through a series of initiatory experiences. Alongside the universal rites of passage, such as becoming an adult, or giving birth, or dying, esotericism in all its guises prepares its followers for initiations into ‘higher’ or more expansive (and inclusive) stages of awareness. Astrology, Tarot, The Kabbalah – all esoteric symbolic systems – are designed to focus and train consciousness. Transmission from a master to a student, often through texts, is the pathway through the initiations. These initiations  may be enacted in ritual, but life itself has a canny way of providing its own ‘rituals’.

Alice Bailey was an advocate and key proponent of the externalization of esotericism. She’s credited in scholarly circles with being the ‘mother

of the new age.’ Yet so much of this externalization has involved a hollowing out of deeper meanings, so that esoteric symbols have become husks, and a commodification of believing and rituals to serve the purposes of the ego. I’m reminded of Chögyam Trungpa’s ‘Cutting Through spiritual Materialism’ in this regard. Yet the deep meaning is still there. The true esoteric path remains as it always has, open for anyone with a latent esoteric disposition – one drawn to the symbols, the inner meanings, the entire way of knowing and perceiving – to tread.

Visionary Fiction, with its emphasis on spiritual wisdom and the evolution of consciousness, is in a unique position to explore Western Esotericism in its various guises. The contribution Visionary Fiction makes to advancing humanity hinges on the intentions, the attitudes, and the awareness of its authors. In a profound way, Visionary Fiction has an opportunity to show readers the nature of a little known, yet oft glamorized, distorted and trivialized, esoteric way of knowing. The possibilities are limitless. The gauntlet is at the feet of the writer with an esoteric bent. 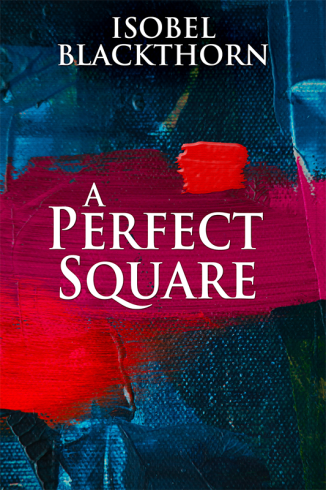 My writing is radical, witty, sharp. I like to pack a punch. I’m drawn to magic realism but have yet to write a work seated fully in its net. My latest work, A Perfect Square, explores literal and metaphoric ways of approaching esotericism, and shows how the latter fosters and is fostered by creative flow. I thought it might have been a one off sort of book, but the more I engage with Visionary Fiction, the more I can see other works emerging that approach esotericism from the point of view of expanding consciousness.

Perhaps, or should I say obviously, going with our own creative flow offers a pathway for all visionary writers. A way to portray deep spiritual wisdom in our writing by bracketing (or bypassing) the ego and entering ‘flow.’ In such a state of consciousness we are able to commune with the muse, that condensation of all that we are, and our deepest spiritual selves.