Alex Legg (1952-2014) was an inspiration to so many musicians. A master songwriter and troubadour whose memory will live on through his songs. 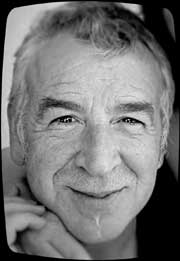 I was privileged to have spent two fine years by his side. So when NSW Folk Federation invited me to write a tribute for their magazine, Cornstalk, of course I agreed.

The article can be accessed here – Cornstalk

“After a sudden and intense battle with cancer, Alex Legg, age 62, passed away on the 3rd December 2014, leaving behind his son Angus, his sisters and brothers, and nieces and nephews in Scotland, and the swathe of musicians he inspired. Alex led a rich and interesting musical life since writing his first song at twelve years of age. By the time he was fourteen he was playing bass in Scottish dance band, Dave Barron’s Baronettes. After playing bass in a number of Aberdeen bands, including Hedgehog Pie, he moved to London in 1974 and spent the following thirty years songwriting and gigging, finally moving to Melbourne, Australia with his then wife Jenny and son Angus, and two contact numbers in his phone book. From such tenuous beginnings, Alex went on to forge a successful musical career in Melbourne, especially in the Dandenong Ranges where he ran Kelly’s Sessions, at Kelly’s Bar and Grill, Olinda, easily the greatest open mic in the world and a training ground for many emerging artists. Alex nurtured the talent and gave freely his own hard won wisdom, encouraging singer songwriters to work up a three-hour set and get themselves out there. He would even help to book them gigs. Alex also hosted a monthly Blues and Roots night at Burrinja Arts Centre café, featuring Nick Charles, Fiona Boyes, Andy Cowan, Phil Manning, Kavisha Mazzella, and Lloyd Spiegel and many more top Blues artists, all of whom held Alex in the highest regard. Alex was a master songwriter and consummate performer, his stomping grooves and rich vocals the perfect delivery for songs of passion, loss and social justice. Alex will be remembered for his award-winning songs like Too Many Children and Heaven Help Me; songs he considered simple and funny like Leather and Lace and Forget It (another award winner); and songs like May All Your Friends Be Artists which he wrote for his son Angus, songs that strike at the hearts of many. At the time of his passing he was working on an album featuring the great Albert Lee on guitar. The album was originally to be titled Cupid’s Graveyard after one of the tracks. Towards the end of his life Alex decided to re-name the album Leggacy. I think it was a wise choice. Alex had a huge heart and a giving & generous nature and he has left us with a song catalogue second to none. His songs are his legacy. Here is Heaven Help Me, a song that Joe Cocker passed over and Johnny Neel recorded in 2004 can be found on YouTube” Isobel Blackthorn

It is with huge sadness that I write this. Not twenty-four hours have gone by since the passing of consummate songwriter and performer Alex Legg.

This morning I was so moved by all the messages of love and goodwill on facebook  I wrote a short story to contribute to his memory. It’s no more than a vignette. I wanted to capture something of the private Alex, the man I knew so well; his humour and imagination that bubbled continuously behind the scenes. Incredibly, the ABC have published it straight away.  This story is for his son, his siblings, his family and for his ark of fans and friends who leave no room aboard for even a fly.

I was fortunate to spend two sweet years with Alex. I went to all of his gigs and applauded every song. I guess I lived inside his song bag so to speak, and each one grew on me so that now I’m covered in them like a rash.

His music is a feast for the ears and the heart. His lyrics have an aerodynamic quality found in the great master songwriters, such as Paul Simon or Bacharach. Each song is carefully crafted with all the hooks and sweet melodies of truly great pop. He wrote in many genres: blues, folk, country, pop. He will be dearly missed but his music will live on.  Here he is playing I’m Down at Camelot, Sydney.

Alex was a passionate man. We shared a take on the world and all its flaws. His views came out in songs.   You Gotta Laugh Sometimes

And here’s one of my favourites. Some Old Junk Shop

Rest in Peace my friend.