Continuing my run of horror novel reviews, I am delighted to share my review of Them by James Watts. 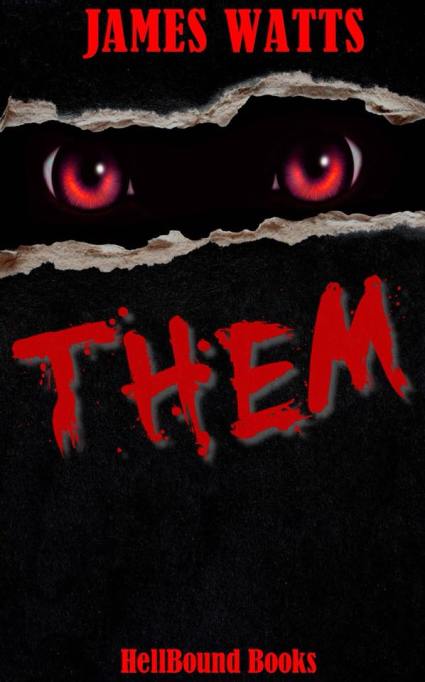 “Ray Sanders returns home from Florida to bury his mother.
Soon, the supernatural evidence behind his mother’s demise begins to surface in the form of dreams and mysterious happenings.

During all of the madness, Sanders must face his destiny and vanquish the generations-old evil that has plagued his family since the 1800’s…

In 1854, Louis Sanders, with the help of Elias Atkins, dug a well to provide water to the family farm. What they did not anticipate was the water to be infested with Odomulites – ancient sins. These malevolent beings – were trapped in our world on their way to the spirit world – formed a pact of protection with both Sanders and Atkins; the families would serve as guardians of the Odomulite nests and in return, a blind eye would be cast when the Odomulites took host bodies to inhabit and feed upon.

It was this pact, which in 2016 would propel Sanders and Julie Fontaine – a young woman with a special connection to the Spirit World – into the heart of the last active nest to rid the town of its insidious Odomulite population.”

It is impossible not to be hooked by this story; dread underscores every page, thanks to a gripping prologue. Watts has penned what I would describe a straight-ahead horror novel reminiscent of Stephen King’s The Stand. Fast paced, emotionally real and raw at times, at others almost wistful, Watts fills his pages with close observances and small details that bring his cast of characters alive and builds a warm, down-home wholesome feel that is juxtaposed with the menace lurking all around.

The prose is vernacular and pleasant to read with satisfying descriptions of a grotesque evil that haunts and taunts those dwelling in Maple Grove, Alabama. Watts’ characters are gritty, many have attitude and the setting of Maple Grove is vividly portrayed. I could smell the air and hear the characters speak.

Watts gives his readers what they want, solid, four to the floor horror that never misses the mark. Told from multiple points of view, the plot is peppered with little twists and turns, the pace kept fast as the story flits from character to character. Adding texture to the narrative, Them brims with 1970s popular cultural references, which I found charming.

As for the menace that pervades Maple Grove, I thought the way ‘they’ invade the characters’ dreams was clever.  Them contains an interesting mix of supernatural possession and creature horror, which I found Watts handled well, especially when he offers the reader a full explanation.

Gruesome and terrifying, Them is not a book to read in a basement.