I have been told many a time that when a seeker draws near to Alice Bailey, strange things happen and life seems to have a charge to it that it didn’t have before. Here is my story…

In 1990 I moved to Perth, Western Australia, and within a few weeks of my arrival I stumbled on astrology. I was staying in a cockroach-infested flat and one morning I decided to rid the place of the infestation by setting off an insecticide bomb. Only it meant I had to leave the flat for eight hours. It was summer, I had no money, so where would I go? I walked to the nearest library, and as I entered the air-conditioned cool, my eyes were drawn to some shelves containing the reference section – dictionaries and the like. In amongst the other ordinary books was an astrological ephemeris, a book detailing the daily positions of the planets in our solar system in relation to the zodiac for a period of a hundred years. I took the book and sat down to peruse the pages. 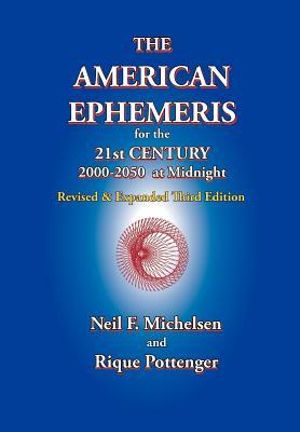 I found I had no trouble understanding the information. I knew all the glyphs and what each meant. It didn’t even occur to me that this in itself was a bit weird. How did I know all this? In the front of that particular edition were instructions on how to cast your own horoscope. I went to the front desk and acquired some scrap paper. A couple of hours later I had my chart, bar the rising sign. It turned out I needed another book to calculate that, so I headed to the state library in the city centre, found said book, and did the calculation. Then, I went home. I thought nothing of it.

Three days later, I was invited by a friend – who had the lease on the cockroach-infested flat – for coffee in town. He introduced me to another friend, a lecturer at a nearby university. This lecturer offered to drive me home and on the way he asked me about my interests. I told him, tentatively, that I had just discovered astrology and told him the story. He swung by his office and directed me to a bottom shelf behind the door. There, hidden away was a row of astrology books! He told me to take what I wanted. I selected twelve books. That night, I didn’t sleep. I was up, with the cockroaches. I didn’t know it then, but those cockroaches were the catalyst for a protracted phase of self-discovery and New Age exploring.

Three years passed and I was studying for a diploma in transpersonal counselling. On the course I made a friend, enigmatic Claudio. Our friendship was intense and laced with romance although we both knew it wouldn’t last. He invited me back to his house one evening and while I stood in the hall he disappeared, returning a few moments later with a book proffered on upturned palms. It was dark blue and carried the title “Esoteric Astrology”. I gazed in wonder. ‘A gift,’ he said. He went on to explain how he had packed up his possessions in Adelaide some months before, as he prepared to drive across the desert to Perth, and he could only take with him what he could fit in his car. He saw the book, which he had bought in a second-hand book store, and hesitated. What on earth did he want to keep that book for? It weighed a fair bit, he had no interest in astrology and had never heard of Alice Bailey. But it seemed important and he felt compelled to keep it. When he met me, he realised why. ‘This book is meant for you,’ he said.

I had not heard of Alice Bailey either, but I took the book home and devoured it. There was something so intriguing and compelling about the writing, even as I scarcely understood a word of what was written. I wanted to know. And that desire, that need to know propelled me forwards.

Alice Bailey marked the end of that part of my journey. My life became very, very hard after that. I endured a decade of struggle and testing. A period of darkness in which I was forced to prove my worth as a human being. At the end of the decade, Alice Bailey unexpectedly re-entered my life. That story is even stranger than this.

Over the years I have bought the whole collection of Alice Bailey’s writings. I have read most. Something changed when I first encountered the Blue Books. I changed. The way I understood reality shifted. I will try to explain that shift another time.

I have always held the Alice Bailey teachings lightly and have never considered myself an adherent, but there is no need to be. All esoteric knowledge  is charged with a certain energy. Only, the knowledge exists behind a veil and to pass through that veil and enter into the realm, you need to have an esoteric disposition. What is that? Well, unbeknownst to me until I met the cockroaches, I had no idea I had one.

Twenty-five years later, and that early interest has culminated in The Unlikely Occultist: A biographical novel of Alice A. Bailey