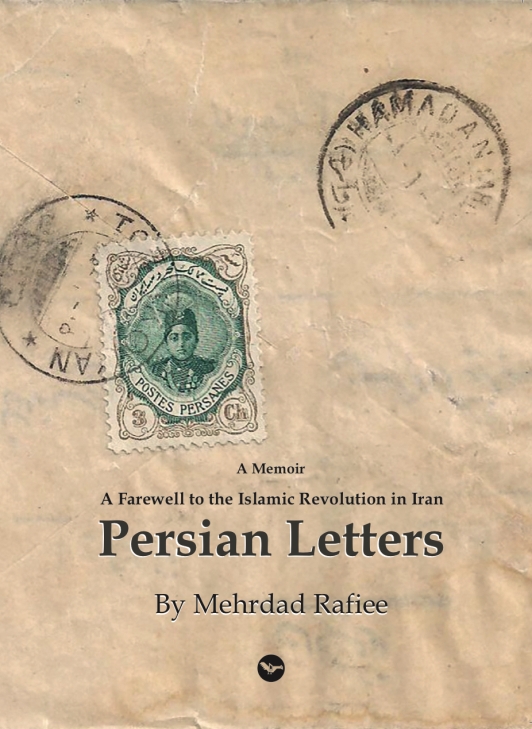 Mehrdad Rafiee grew up in Iran at a time of constant change. Born in 1950 in Abadan, as the oil industry was being d nationalised, he went to high school in Kazeroun during the White Revolution of 1963, and attended university in Tehran in the years of social upheaval that led to the Islamic Revolution. This memoir is written in the form of letters addressed to his sons. Mehrdad tells his life story, with diversions into Persian/Iranian history and politics, drawing parallels between the turmoil in his country and that in his life. In writing his memoirs, Mehrdad was inspired by the books of two very special writers: Orhan Pamuk’s “Istanbul: Memories and the City”, and Azar Nafisi’s “Things I’ve Been Silent About”. For anyone familiar with modern Iran, this book will inform and entertain, as it explains much that lies behind the changes and the culture of Iran and its people. Mehrdad has lived in Australia since 1985.

As I began reading Persian Letters I asked myself what I knew about Iran. I am embarrassed to admit not a huge amount. I have a sense of Persia, I have read some Rumi, I have found the Iranian people I have met to be warm and gracious. I know it is a large country with its share of desert. Of course, we in the west who are of any decent age would have heard of the Shah and the revolution and Ayatollah Khomeini. And no one with any education can talk of Iran without knowing some of its history with oil. And yes, it is a Shi’ite Muslim nation.

There you have it, the summation of my knowledge prior to reading Rafiee’s book.

Now, I know a lot more, and I have received the perfect form of education, provided in a clear and well written fashion, seeing through the eyes of a man reflecting back on his childhood and his teenage years, and then as an adult before leaving the country of his birth in the early 1980s. Persian Letters is a memoir written as a series of letters to the author’s sons. The reader is gifted a window on an intimate world, a secret world almost, in what is an intriguing and engaging read. Honesty, integrity, the laying bare of family history, customs, and above all the Iranian people’s struggle with change, shine through the pages.

Persian Letters is a Persian tale, not a tale of Islamic culture, but of the ancient culture beneath, rooted in Zoroastrianism. Politics, history, customs and traditions, society, the economy, the entire fabric of Iranian life is woven into a series of entertaining vignettes. I especially enjoyed the gentle irony and some of the subtly critical observations. And the intermingling families, village life, the making of tea!

Rafiee has a unique perspective, largely due to his father’s propensity for change. Rafiee grew up in the privileged enclave of Abadan, an island in Iran’s southwest, almost bordering Kuwait, where thanks to British Petroleum western services were in abundance. So much for the generous British, who had effectively stolen the rights to the oil they extracted from an obliging Iran! Then Refiee’s dad ups sticks and relocates the family to a poor part of southern Iran to battle as a farmer. The narrative also takes in Shiraz and Tehran in what can only be described a feast for the ignorant, and a must read for most of us.

There are footnotes explaining some of the words and providing brief bios of some of the cameo characters. There is just so much to relish in this rather long read. Refiee has given the world a rich tapestry of Persian culture, and a rare insight into the motivations and complexities of a country we hear too little of other than in the negative. Through Refiee’s eyes, the reader is presented with a sharing, giving culture rooted in ancient past, a people resistant to change, and the inevitable struggles of modernisation that ensue. What better way is there to embrace difference than through reading a book such as this. I commend the author for making the effort to write down his story and give it to the world.

Isobel Blackthorn is an award-winning author of unique and engaging fiction. She writes dark psychological thrillers, mysteries, and contemporary and literary fiction. Isobel was shortlisted for the Ada Cambridge Prose Prize 2019 for her biographical short story, ‘Nothing to Declare’. The Legacy of Old Gran Parks is the winner of the Raven Awards 2019. Isobel holds a PhD from the University of Western Sydney, for her research on the works of Theosophist Alice A. Bailey, the ‘Mother of the New Age.’ She is the author of The Unlikely Occultist: a biographical novel of Alice A. Bailey.