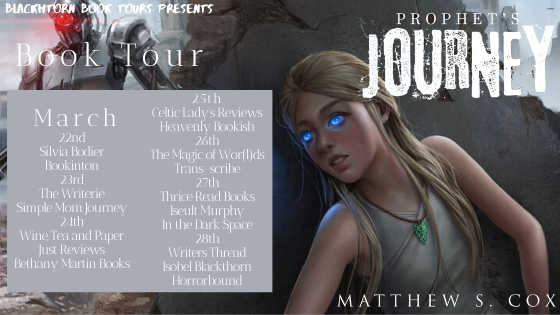 About Prophet’s Journey (Prophet of the Badlands)

Althea struggles to adapt to an unexpected twist in her life—not being kidnapped in six whole months.The strange police from the faraway city claim the abilities she thought of as magic are really ‘psionics,’ and say she is far stronger than anyone they have ever seen. Despite their curiosity, they let her remain in the Badlands to protect her from an evil they call corporations. Of course, Althea knows all too well how powerful her healing gift is. For most of her life, she’d been a prize taken in raids. Tribes have killed to own her, and she let them.But the Prophet is done being passive.Having a family changes everything. No longer afraid to use her powers to protect herself, Althea refuses to be taken again… even when corporate mercenaries find her. 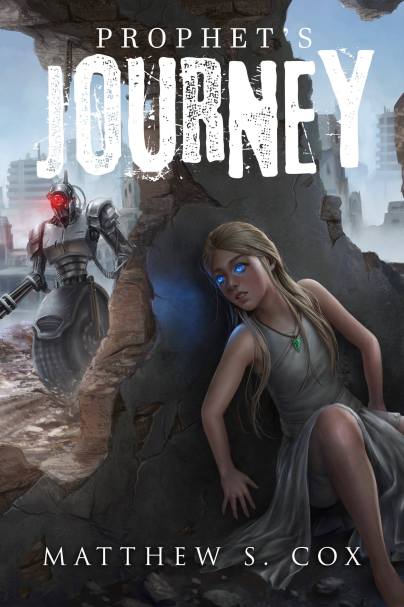 A Prophet’s Journey is a fabulous book to sink into during our troubled Covid 19 times. The story is told through the eyes of Althea, an innocent eleven-year old struggling to come to terms with life in her adoptive family as everything around her is strange. She’s bilingual, Spanish and English, and the two become muddled in her mind, so much so that an assessment to determine if she is fit for school apportions her the mental age of a six-year old, something Althea is puzzled by. The people in her new home don’t seem to get her. And Althea knows she is mature beyond her years. In the opening chapters, the author masterfully handles the strangeness of Althea’s reality, easing the reader into the dystopian world he has created. This dystopian setting is situated in middle America. Things we take for granted – roads and traffic lights – are to Althea most odd. And that’s just the beginning.

Althea is The Prophet, a great healer, “the child with the blue eyes that lit up like stars.” She is a mystic with paranormal and transformational powers. She has telempathy, the ability to read or change the emotions of others, and this makes her highly sensitive to all impressions. I am reminded of indigo children, those with indigo auras especially sensitive to the high toxicity of the modern era, often with creative, artistic and mystic abilities. They are said to have rather piercing blue eyes, like Althea’s.

Prophet’s Journey is a story of Althea’s quest to return to her adoptive family after she is kidnapped. Thwarting her journey through the Badlands are the Raiders and the robotic tribe Sigma Six. Both groups have only one aim, to kill humans. Beautifully told through the eyes of a child with excellent characterisation especially of the protagonist, Cox delivers a page-turning, post-apocalyptic dystopian adventure with tremendous imagination, wit and insight into the dark and the light of humanity. A refreshing and absorbing read. 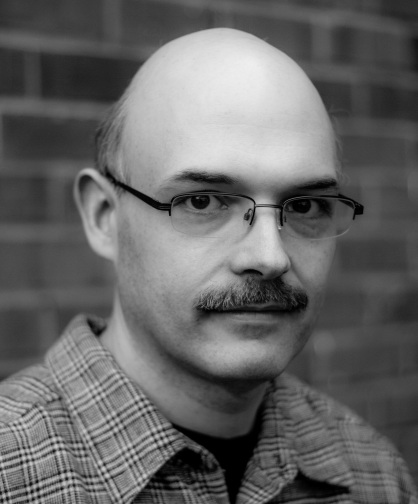 Originally from South Amboy NJ, Matthew has been creating science fiction and fantasy worlds for most of his reasoning life. Since 1996, he has developed the “Divergent Fates” world in which Division Zero, Virtual Immortality, The Awakened Series, The Harmony Paradox, the Prophet of the Badlands series, and the Daughter of Mars series take place.

Matthew is an avid gamer, a recovered WoW addict, developer of two custom tabletop RPG systems, and a fan of anime, British humour, and intellectual science fiction that questions the nature of humanity, reality, life, and what might happen after it.

He is also fond of cats, presently living with two: Loki and Dorian.