Yesterday we were up and out of this old farmhouse bright and early. A little cloud on a warm and breezy day, and as we drove down past the saddles of the massif on our way to Arrecife I noticed the swathes of untilled land, land that used to be a checkerboard of haphazard plots of maize, potatoes and especially prickly pear. In the 80s I would see old women in wide brimmed hats in amongst all those spines, as they plucked off the beetles for cochineal. No more.

The road is long and mostly straight, gone the hair pins, the meandering, the character. A road that bypasses the villages of Mala and Guatiza. A road determined to take drivers to the sprawl that now is Tahiche, and on down to the capital with its super-fast arc of ring road taking traffic to the tourist hubs of Puerto del Carmen and Playa Blanca in the south, and Costa Teguise immediately to the north.

We were heading to the port. An unusual choice perhaps, but it is also the site of the Castillo de San Jose and the museo of contemporary international art, one of a long list of sites for the sequel to The Drago Tree. 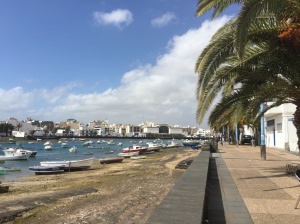 The port and surrounds, as anticipated, comprises numerous large concrete storage tanks, a power station (oil fired), a desal plant, containers stacked high in a low row along the waterfront, factories, warehouses, the whole drab grey-white of it set against the undulating sea. Scarcely worth a photo. 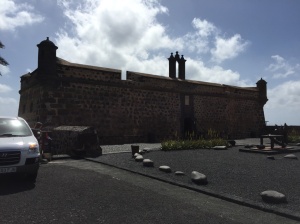 The castle, set amidst this scene, is one of three located on the sea front, built to ward off pirates. A small solid building, imposing, with a small dry moat in front and turrets on each corner. A building tucked back from the street and easily missed. A building no tourist would come across except by accident, or through the determination of the lover of fine art. In other words, not at all the sort of place of interest to the average tourist the island attracts. Besides, the other two forts, located along Arrecife’s promenade, are far better suited to tourist sensibilities.

Still, whoever commissioned the fort renovations was determined to create a sense of grandeur and importance, a place worthy of the high art it houses perhaps. The quick look I took inside confirmed the fort to be a remarkable setting for a gallery. The long and low first room, with its rounded arched ceiling, the steep stairs leading to chambers above and below, the slits in the thick walls, windowed – it had an air of secrecy, of low whispers. And it was empty.

Carved into the low cliff below is a restaurant, accessed via a curving flight of cobbled steps flanked by basalt boulders and plantings of succulents in deep picon. 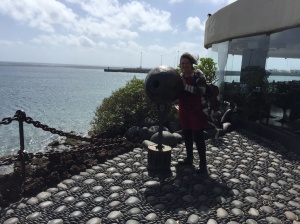 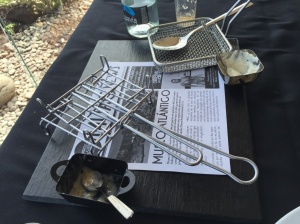 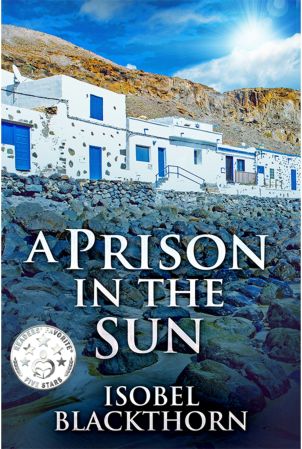 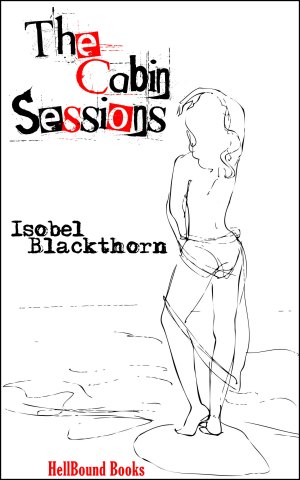 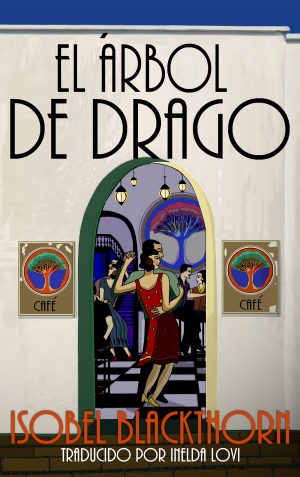 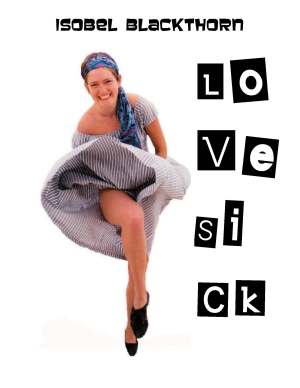