Tomorrow begins a grand adventure, although it feels like it has already begun. I am flying to Lanzarote, Canary Islands after a twenty-six year absence, and I will be accompanied by my publisher, Michelle Lovi.

And  I have only met her once.

It is hard to say when this journey began. I could say it was the day I left my sleepy little village for Melbourne, a ten hour bus ride. But that is a trek I have done many times. Better to say  this adventure had it’s beginnings back in 2013 when I conceived an idea for a book that would be set entirely on Lanzarote. That idea turned into The Drago Tree, a tragi-comic romance released by Odyssey Books in September 2015. 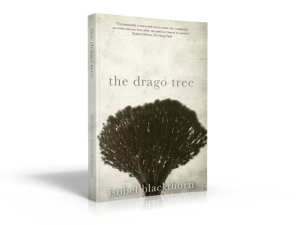 The novel has become my wings. I had been hinting on social media that I would love to return but it seemed like a pipe dream. After all, I hadn’t managed to visit after I left in 1990. Besides, I knew privately that I would never travel alone. I’m just not cut out for it. Months passed and The Drago Tree was launched. Then one day I posted how much I yearned to go back and I received a message from Michelle. It said, “Can I come?”

At first I thought she wasn’t serious. I said, “Yeah sure,” to be polite.

Two weeks later she repeated the question, which wasn’t a question at all. It was an offer of companionship and even though I had only met her the once, I wasn’t about to pass it up. Besides, Michelle is my publisher – what an honour that is! – and she has a sweet manner to boot. Perfect.

So we set a date and booked the flights and I have been saving my pennies ever since.

Tomorrow we fly to London. A couple of days later we will be on Lanzarote. And our adventure will begin. But of course it already has…

I will be blogging this special journey with lots of photos. My first ever travel diary. Travel with us if you wish and experience, albeit second hand, why Lanzarote is such an extraordinary island.

I’m about halfway through Joan London’s Gilgamesh and toying with writing something on Goodreads. Just now I scrolled through the reviews to read what others were saying but stopped when I realised there were over 1,800 of them. I really only have one word to add – bleak. 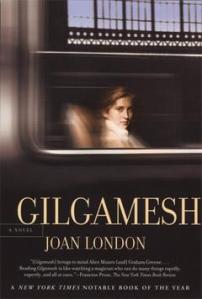 And I realise much of the bleakness comes not from the story itself but from an absence of emotional reaction on the part of the main characters, along with a paucity of introspection. As is typical of much Australian writing the feeling in the story is embedded in the action as the main character, Edith, goes through the motions of her difficult life. She isn’t the responsive type and I’m left feeling empty.

The story is straightforward. In 1937, on a tiny farm in the town of Nunderup, in far southwestern Australia, seventeen-year-old Edith lives with her sister Frances and their mother, Ada. One afternoon two men, Edith’s cousin Leopold and his Armenian friend Aram, arrive, taking the long way home from an archaeological dig in Iraq. Among the tales they tell is the story of Gilgamesh, the legendary king of Uruk in ancient Mesopotamia. Gilgamesh’s great journey of mourning after the death of his friend Enkidu, and his search for the secret of eternal life, is to resonate throughout Edith’s life, opening up the possibility of a life beyond the farm.

Alongside the myth of Gilgamesh, there is a motif of perversion running through the narrative, stated almost in passing in the most matter-of-fact manner. It’s a motif that evokes revulsion and a sense of doom.

Overall the narrative is restrained. I think the idea behind this style of storytelling is that the reader is free to have their own emotional reactions, unimpeded by those of the characters. The downside is that the characters are more like automatons. The rich roundness of their beings duly muted in the rendering, they are at risk of appearing one-dimensional.

In it’s favour I have to say that the narrative is superbly crafted and poised, the prose elegant. Gilgamesh is definitely a book I would recommend.

Well, that was more than one word!

(‘Narrative as Navigation Through the Self: Isobel Blackthorn’s Asylum’ by Ness Mercieca was originally published in the October 2015 edition of  The Tertangala)

They say the mind does not create, and that it only cuts and pastes the stimulus it receives from the outside world.

Author Isobel Blackthorn has a talent for this, in fact, I often get the feeling with her that she is cataloguing my idiosyncrasies. I suspect I am not the only one to suspect this, and that she has an arsenal of our traits and habits to be appropriated for the right character at the right time. It’s the literary skill that brought us Plath’s The Bell Jar, and it goes by the name of semi-autobiography.

When I asked Isobel about her creative process, her words confirmed what John Cleese (whose name my computer insists I correct to Cheese) once said about creativity, that the subconscious will reward you with an idea if you spend long enough contemplating a topic. Here it is in Isobel’s words; “I let the story brew inside me for a while, sometimes years, and when some other far larger part of me has it all figured out, I have a powerful irrepressible urge to write. And I go into lockdown and give that other self total freedom.”

The true art to Plath and Blackthorn’s (Plath-thorn’s, if you like) literary style, however, is dissecting the self. Most authors do it; a mood or thought is isolated. It becomes the embryo from which a new self germinates, and it becomes a complex character. (Ever wonder why writers think of their characters like children? Well, there you have it.) Entire books can be populated by these alternate selves of the author, and a narrative becomes the ship through which the self is navigated.

Who’s at the helm, you ask? Isobel speaks not only of smaller selves, but of a larger one who personifies her creativity; “I prefer to think of my source of inspiration as some other greater me deep inside,” she says, “and every time I write a first draft, I’m paying homage to her, to the muse.”

Isobel’s most recent book, Asylum, is the story of such an alternate self. Yvette Grimm speaks with an incredibly honest voice from the perspective of an illegal immigrant waiting to be told to leave Australia, but having no-where else to go. She has been given a personal prophecy that she will meet the father of her children in Australia, and her hopes of permanent residency depend on meeting him very, very soon.

What resonates the most with me, however, is the creative block that all of this brings about in Yvette. Blackthorn made me want something, as a reader, that a book has never made me want before; I wanted Yvette Grimm to paint. Blackthorn played on a knowledge we all have that when you find inspiration, it’s probably because you’ve found something else too.