I had no idea when I booked an entire month in an apartment in central Puerto del Rosario that I would fall for this little port city. Little, as it has a population of 40,000, which is half the population of Fuerteventura. Formerly Puerto Cabras, the city has been the island capital since 1860.

The barrios of Puerto del Rosario fan out from the port up a steepish rise. Ribbons of one-way streets filled with a mix of shops and residential properties are constructed mostly in standard cuboid style, although here and there it is possible to commend the modern architecture with its attention to detail in the facades. So much of the housing stock on the island is relatively new, a boom in tourism and consequent migration has seen rapid expansion in the last few decades. Evidence of civic pride abounds in the street plantings of trees, the carefully designed parks and the plazas.

Pedestrians have right of way, so crossing the roads are not a hassle.

I headed down Calle León y Castillo, cutting around the back of the church, grandly named Parroquia de Nuestra Señora del Rosario, to the Museo Miguel de Unamuno, housed in a building that pre-dates 1877, when it appears in a property register.

Lecturer and Rector of the University of Salamanca, Miguel de Unamuno came to Fuerteventura in 1924, after being exiled by General Primo de Rivera for criticising Spanish politics. He stayed on Fuerteventura for about four months, visiting the inland towns and writing his impressions of island. After leaving for Paris, he continued to include Fuerteventura in his writing and for which he has been acknowledged as culturally significant. I am going to have to read this author’s work!

The museum comprises a number of rooms with 14 foot ceilings containing original furnishings arranged around a central courtyard. In the centre of the courtyard, an iron staircase leads to a cellar below. After taking in the heavy furniture, the intricate tiles and the beamed ceilings and having flashbacks to when I lived in a house equally grand in Lanzarote, it was the courtyard that held my attention. I am used to rooms in the old houses leading directly outside. I have not seen an enclosed courtyard created in this style before and find it intriguing.

Walking the Promenade to Los Pozos

After a short dose of history, I headed down to the port, following a road so steep in places stairs had been provided for the faint of heart. I crossed another road on the designated zebra crossing – they are everywhere and very well-placed – and headed along a path beside the water, which soon widened and became a promenade. All along the promenade, just like in much of the city centre, are large sculptures in metal and rock. Here’s a snail. 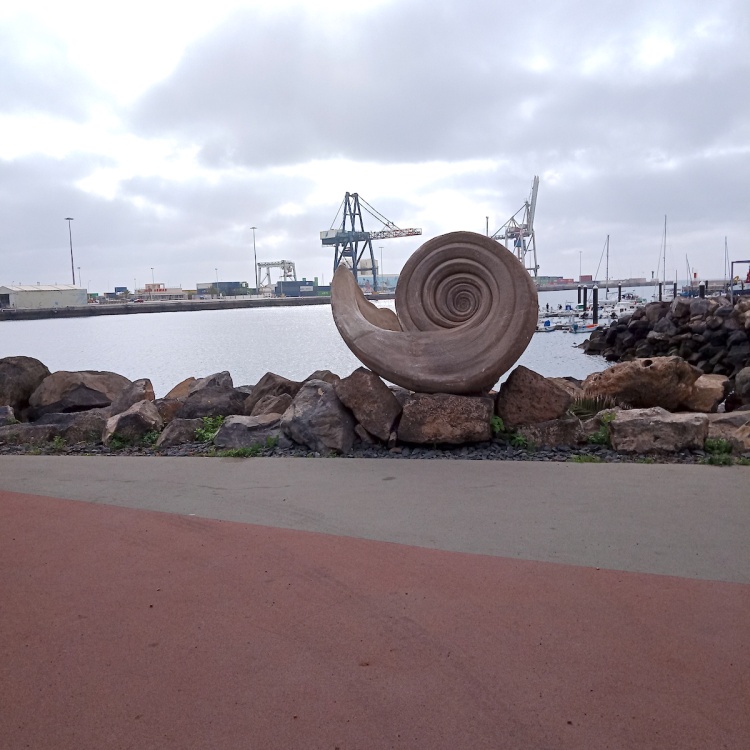 Looking back at the city, these buildings caught my eye. The one in the middle is obviously old and I wonder what its history might be. Beside it is one of the city’s famous murals. I have a lot of respect for a city bent on beautifying and creating interest out of its plain white walls.

Something else that grabbed me was the way the local council had thought of every sort of comfort and enjoyment when landscaping the point sheltering Playa del Pozos. Beside the main walkway along Senda de los Cetáceos lie a series of sheltered and semi-private seating areas overlooking the turquoise waters of this most tranquil beach. I found the entire arrangement charming.

I arrived on a cloudy day, but still, the water has a lovely hue to it and the chalky mountains make a pleasant backdrop. The beach has so much sand and at the head is a boardwalk for those who don’t want sand in their shoes. I read somewhere that this is not a beach used by tourists as it is close to the port. Still, I would be very tempted to take a dip. 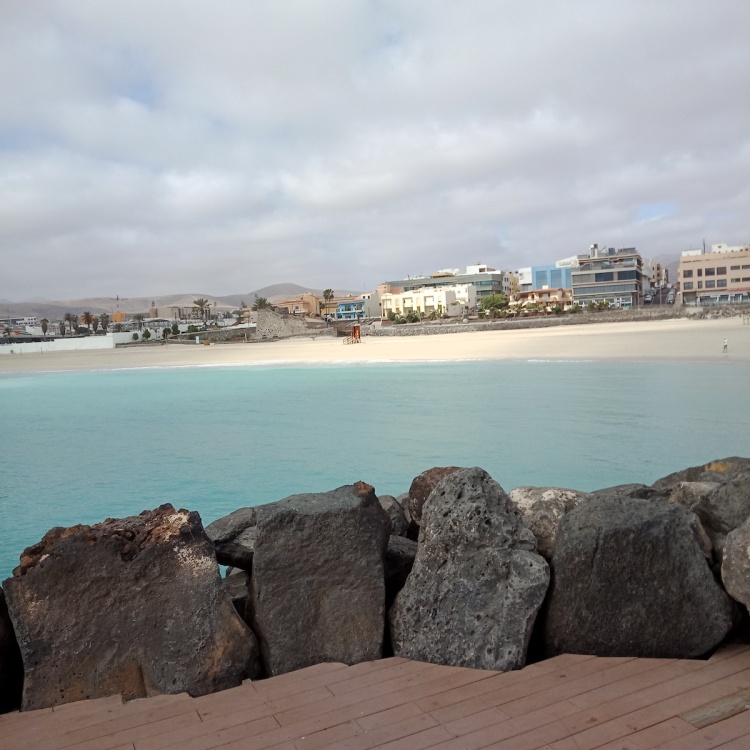 My destination was the limestone ovens, or hornos de cal. Enjoying an abundance of limestone, Fuerteventura exported lime to the other islands.

I walked up and around the twin ovens in their stout round edifice, and admired the view before taking a short cut home past the shopping mall.

A two-hour walk and I feel I am getting to know this town just a little bit. Really, I have hardly scratched the surface. 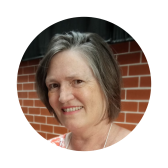 Isobel Blackthorn is an award-winning author of unique and engaging fiction. She writes gripping mysteries, dark psychological thrillers and historical fiction. She is the author of three novels set in Fuerteventura: Clarissa’s Warning, A Prison in the Sun and The Ghost of Villa Winter which form part of her Canary Islands fiction. To find out more, click here.

One thought on “A morning stroll in Puerto del Rosario”