About Murder in Montague Falls

3 TALES OF TEENS TACKLING THEIR DARKEST RITES OF PASSAGE

In Colchamiro’s RED INK, a paperboy with an overactive imagination witnesses a brutal killing on his route—or has he taken his fantasy spy games a step too far?

In Hatton’s THE DEVIL’S DELINQUENTS, a trio of teenage misfits in pursuit of success, power, and revenge practice amateurish occult rituals… with deadly consequences.

In Thomas’s A MANY SPLENDID THING, a sultry high school teacher enrolls one of her students to get rid of her husband. But will the young man really graduate to murder? 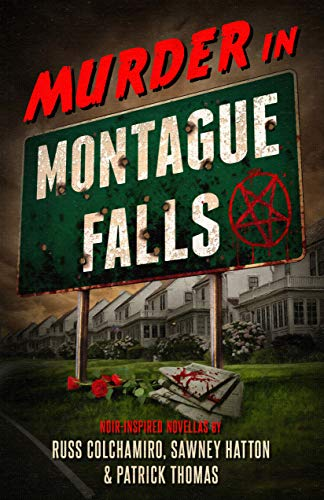 These three slick, dark, well-written novellas, by three different authors, are a nice antidote to any sentimental recollection one might have about the joys of being a teenager.

The first is a story about a troubled boy engrossed in an improbable fantasy world that becomes tangled in the mirror of an equally improbable real world. The second tells a chilling tale of three youngsters throwing themselves into Satanism.  The third draws its violent action from a desperately misplaced and dangerous affair between a teacher and a pupil.

All are based in the same town, which neatly ties the three novellas into a single volume, although the action of the three stories is unrelated, occurs in different time periods, and the town itself doesn’t feature in any significant way as a unifying “character” across the three stories. I’d have liked it if it had done – I felt that closer collaboration in this project by the three authors could have allowed more capital to be drawn from the one-town-three-stories device.

This is a side-grumble however, because actually the stories hang well together and do have a coherence that makes the reading experience an intense and unified one.  What ties them together is the deeper preoccupation about adolescence that broods through all of them.  Adolescence isn’t generally a fun time, fraught as it generally is with unmanageable yearnings, anxiety and disfiguring pimples.  These stories capture well that adolescent universe in which the possibilities of the adult world suddenly gape open, alluring, contemptible and terrifying in equal measure; in which friends are all important and one’s whole identity pivots on precarious social networks whose group imperatives can overwhelm. To shine these tensions through the prism of ‘noir’ or ‘horror” is appropriate – both are genres that tap into the residual adolescent in all of us – and the outcome is a memorable splash of darkness.”

ABOUT THE THREE AUTHORS 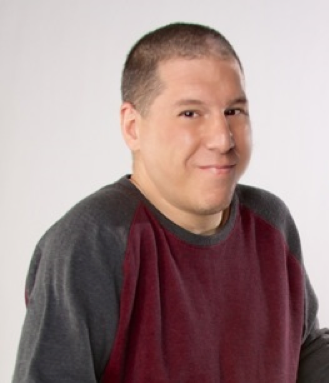 Russ Colchamiro is the author of the rollicking time travel/space adventure, Crossline, the SF/F backpacking comedy series Finders Keepers: The Definitive Edition, Genius de Milo, and Astropalooza, editor of the SF mystery anthology Love, Murder & Mayhem, and co-author of the noir anthology Murder in Montague Falls, all with Crazy 8 Press.

He is now finalizing Crackle and Fire, the first in a new scifi mystery series featuring his intergalactic private eye, Angela Hardwicke, set for publication September 2020.

Russ lives in New Jersey with his wife, two ninjas, and crazy dog Simon, who may in fact be an alien himself. Russ has also contributed to several other anthologies, including Tales of the Crimson Keep, Pangaea, Altered States of the Union, Camelot 13, TV Gods 2, They Keep Killing Glenn, Thrilling Adventure Yarns, Camelot 13, Badass Moms, and Brave New Girls.

Russ is repped by The Zack Compnay.

Sawney Hatton is an author, editor, and screenwriter. Other incarnations of Sawney have produced marketing videos, attended all-night film festivals, and played the banjo and sousaphone (not at the same time). He loves a good day trip into the unknown.

To learn more about Sawney, visit his website at SawneyHatton.com 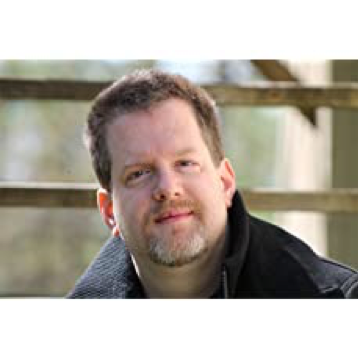 Patrick Thomas writes the beloved fantasy humor series Murphy’s Lore, and  wrote the graphic novel Case of the Moon Maniac and the steampunk themed As The Gears Turn. His short stories have been featured in over fifty anthologies and more than three dozen print magazines.
A number of his books were part of the props department of the CSI television show and one was even thrown at a suspect. Fairy With A Gun was optioned by Laurence Fishburne’s Cinema Gypsy Productions. Act of Contrition, a story featuring his Soul For Hire hitman is in development for a short film by Top Men Productions.

Drop by http://www.patthomas.net to learn more.

A warm thank you to Blackthorn Book Tours for the opportunity to review this book!