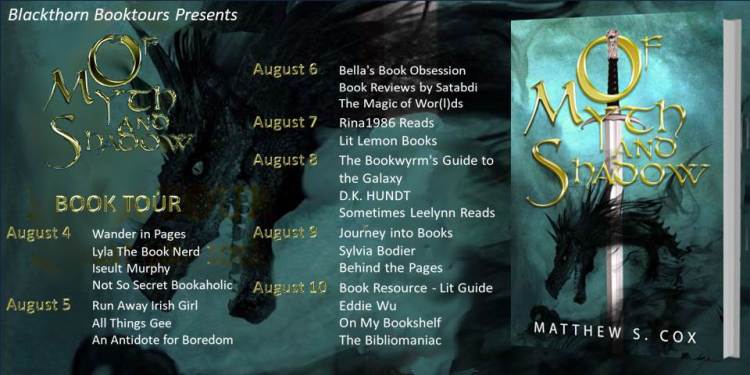 Aegaan is a vast and righteous kingdom, yet darkness gathers in the distant corners of the realm. Elven raids on small towns have inflamed racial tensions with humans, pushing distrust to hatred and the brink of war.

Anrael wanders the woods alone until a chance meeting tempts him to set aside his contempt for those who scorn his half-elven blood.

When Kylie, a naive elf terrified of humans, is thrust among them against her will, she begins to question her mother’s tales of dread.

Having lost everything dear to him, the bandit king Jhelan lives only to seek challenge in battle… until he finds himself willing to die protecting that which he hates the most.

The diabolical mystique of the dark elves cloaks L’an Thal’Sara in protection, but the cruelest lie she tells is to herself.

Thaelwyn, a virtuous knight, sets out to discover the source of the Elves’ aggression, but faces a much greater test within his mind.

Beneath the chaos, minions of the Destroyer search for their promised leader, a child possessing power beyond their years. If the innocent falls to darkness, a kingdom rife with hatred will surely crumble.

With a back catalogue running to several pages, a significant fan-base and a solid record of both of standalone novels and series, spanning children’s, young adults’ and adults’ fantasy fiction, Matthew S. Cox hardly needed to make a big statement to persuade the world that he is a major player in this field. But Of Myth and Shadow makes a big statement anyway.
It is his most ambitious project yet. It is a work of enormous depth and breadth that offers a tour de force of the genre. The familiar components are all there – the virtuous kingdom under threat from evil forces; knights, dragons, magic; humans and elves and the tensions between them; the liminal characters who straddle the different worlds and enable them to come together to oppose the powers of darkness; the journey, the quest, the innocent who holds the key. What Matthew Cox adds to this recipe is his perfectly honed skills in building worlds and populating them with intriguing, compelling characters – skills in which he is a consummate craftsman. He weaves this story through the intertwining tales of half a dozen key characters, each with their own plotline, their own journey, and through them we learn the many faces of the kingdom of Aegaan, its politics, its magic and its troubles.
Whether he is introducing an elf or a human or a bandit or a knight he gifts the character with a solidity and a realism that would engage and persuade the most skeptical reader. In other books he has already demonstrated his ability to write convincing young girls, simultaneously vulnerable and powerful, innocent and knowing, and he achieves this again in nine-year-old orphan Serelin.
This isn’t a book for newcomers – weighing in at three or four times the length of his more conventional novels, the sheer size of this work will probably deter anyone who isn’t already sure of the genre or the author. But for fans of this genre , or of Matthew Cox as a writer, this book will doubtless become something of a classic.

Originally from South Amboy NJ, Matthew has been creating science fiction and fantasy worlds for most of his reasoning life. Since 1996, he has developed the “Divergent Fates” world in which Division Zero, Virtual Immortality, The Awakened Series, The Harmony Paradox, the Prophet of the Badlands series, and the Daughter of Mars series take place.

Matthew is an avid gamer, a recovered WoW addict, developer of two custom tabletop RPG systems, and a fan of anime, British humour, and intellectual science fiction that questions the nature of humanity, reality, life, and what might happen after it.

He is also fond of cats, presently living with two: Loki and Dorian.