London is quiet in 2039—thanks to the machines. People stay indoors, communicating through high-tech glasses and gorging on simulated reality while 3D printers and scuttling robots cater to their every whim. Mammoth corporations wage war for dominance in a world where human augmentation blurs the line between flesh and steel.

And at the center of it all lurks The Imagination Machine: the hyper-advanced, omnipresent AI that drives our cars, flies our planes, cooks our food, and plans our lives. Servile, patient, tireless … TIM has everything humanity requires. Everything except a soul.

Through this silicon jungle prowls Carl Dremmler, police detective—one of the few professions better suited to meat than machine. His latest case: a grisly murder seemingly perpetrated by the victim’s boyfriend. Dremmler’s boss wants a quick end to the case, but the tech-wary detective can’t help but believe the accused’s bizarre story: that his robotic arm committed the heinous crime, not him. An advanced prosthetic, controlled by a chip in his skull.

A chip controlled by TIM.

Dremmler smells blood: the seeds of a conspiracy that could burn London to ash unless he exposes the truth. His investigation pits him against desperate criminals, scheming businesswomen, deadly automatons—and the nightmares of his own past. And when Dremmler finds himself questioning even TIM’s inscrutable motives, he’s forced to stare into the blank soul of the machine.

Auxiliary opens with hard-boiled detective Carl Dremmler who arrives at the seen of a death in a London flat. The body is that of Shawn Ambrose, an unemployed roboticist and AltWorld addict who became so sucked into the virtual reality AltWorld affords he forgot to eat. Ambrose had succumbed to ‘disengagement’, a condition in which the addict neglects their own body, dying of thirst, malnutrition or disease. This initial scene introduces the reader to TIM, a single interface referred to as the Time Imagination Machine, technology that covers every aspect of online experience, from shopping and gaming to opening an apartment door. TIM is an operating system that combines Google with Windows and Netflix and everything else out there, the AltWorld it offers making real life obsolete, for the likes of Ambrose. Dremmler himself is intensely critical of TIM and wary of the power it holds, and he hankers for the past, or rather, a part of his past he wishes he could undo.

When Dremmler is called to the case of a gruesome murder, he is faced with an impossible conundrum. Did the accused boyfriend Conor McCann smash his girlfriend’s face into a brick wall of their apartment, or was it his robotic arm that had somehow developed a dark will of its own? At first no one believes McCann’s claim, except Dremmler’s colleague Petrovic. The only way to discover if McCann is telling the truth is to extract the microchip implanted in his brain.

The plot thickens as Dremmler is forced to deal not only with the murder of Letitia Karlikowska, but also with the whereabouts of pretty young AWOL robot Cynthia Lu and a 3D-printed killer louse, in what at first seems like a wild goose chase. Meanwhile, Dremmler is plagued by flashbacks of his deceased daughter Natalie, and he ignores calls from his ex-wife Tessa. Slowly this subplot intertwines with the central investigation in what can only be described a literary tour de force. The ending is breathtakingly action-packed with twist after twist, leaving the reader reeling by the end.

The futuristic reality Richter has created in Auxiliary is rich and believable and immersive. The author deftly lures the reader into his story-world with considerable finesse and a healthy dollop of wit. Robots are everywhere, as housemaids, bar staff, doctors – medbots – and receptionists, dominating, through service, every aspect of everyday life. Cars have been replaced with pods. Robotics is stage centre and largely amoral, although throughout the novel there is a large question mark over TIM. This nagging sense of the possibility of robotic autonomy underpins the narrative and is the lynch pin of Auxiliary‘s noir feel. A secondary and equally prominent critique, conveyed through Dremmler’s observations – and one the author no doubt harbours of our contemporary globalised society – is the great divide of wealth and poverty manifest in Auxiliary: London 2039. The inclusion of The Farm, where maverick and bankrupt roboticist Owen Fox leads a community of rebellious outsiders who have shunned technology, rounds out Richter’s dystopia.

The writing is sharp and taut. Solid pacing with unexpected plot twists and carefully inserted backstory that doesn’t drag on the narrative, all satisfy the thriller genre. The early part of the narrative benefits from Richter’s black humour. As the tension builds, this humour gives way to gripping action scenes and atmospheric descriptions of settings. The protagonist is well-rounded and satisfyingly flawed. Vivid characterisations of cameo roles add colour and vibrancy. Dremmler’s reflections and evaluations of the world he is forced to live in are also very well-executed.

Auxiliary will appeal to fans of straight ahead noir thrillers as much as those with an appetite for the futuristic. There is no doubt in my mind Jon Richter has penned a novel Iain Banks would be proud of. Auxiliary belongs in that stable of classy futuristic noir that only a British author can pen. 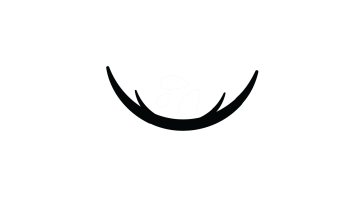 Isobel Blackthorn is an award-winning author of unique and engaging fiction. She writes gripping mysteries, dark psychological thrillers and historical fiction. Her dark fiction includes The Cabin Sessions and The Legacy of Old Gran Parks